The following pictures show how a tablet can be installed in case someone else would like to have a similar setup: 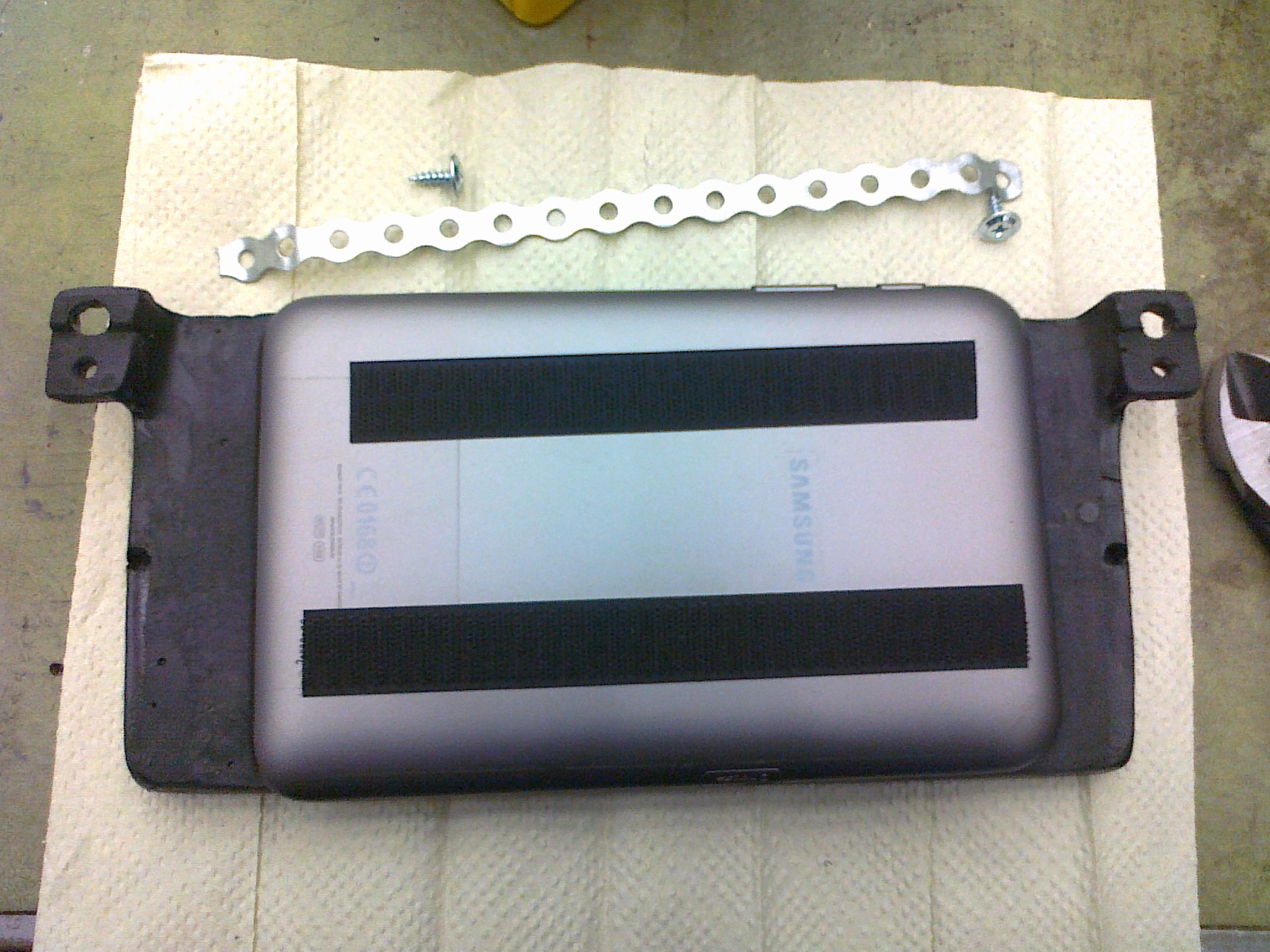 Make sure that the tablet's screen doesnt have any offset. 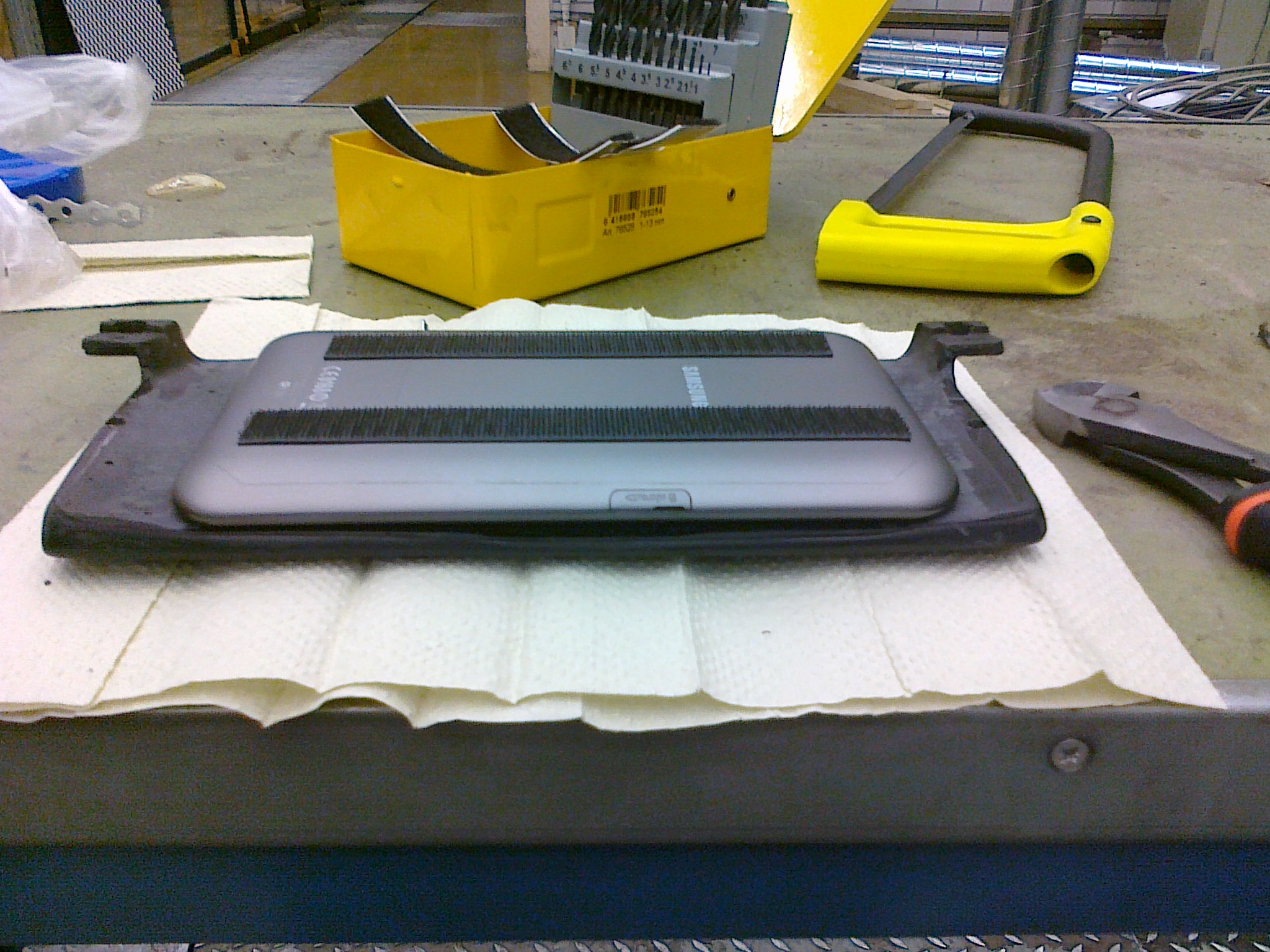 Try to find small screws for making this connection as they can create a problem later on when installing the bezel to the dashboard. Also, unlike in the picture, a second strip of metal is needed to secure the tablet firmly to the bezel. 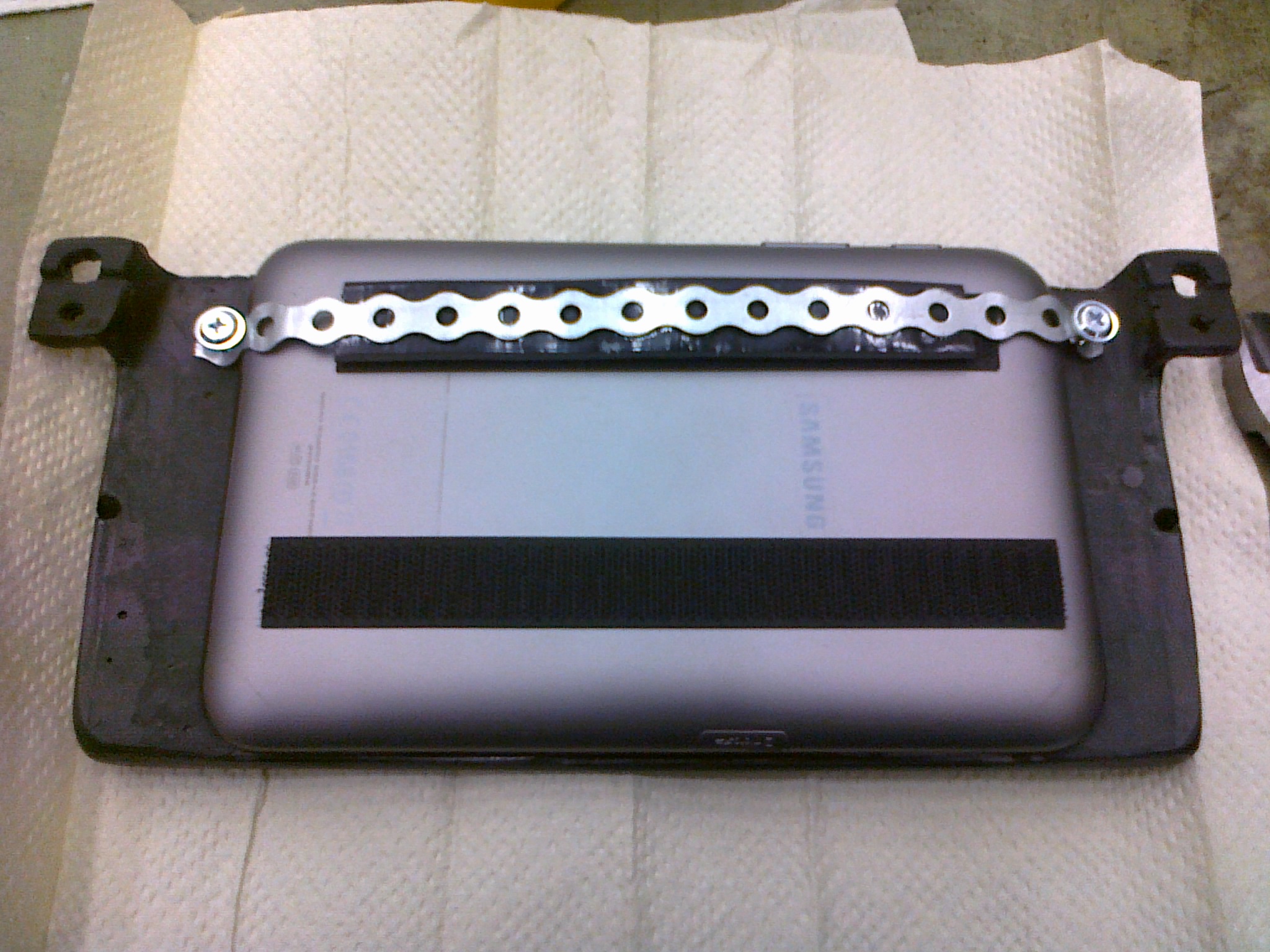 Also test that the charging/sync cable and the audio cable can fit to the dashboard. In this case, small modifications were needed (cut pieces out of the way) but they are invisible once the bezel is in place. Also, the original CD player look can still be restored in wanted. The other end of the USB cable was run to the glovebox inside the dashboard so that its easy to sync new music or video to the device from a laptop. For that, the AC controls together with the whole lower dashboard had to come off but its really a simple job and doesnt take more than 1h. 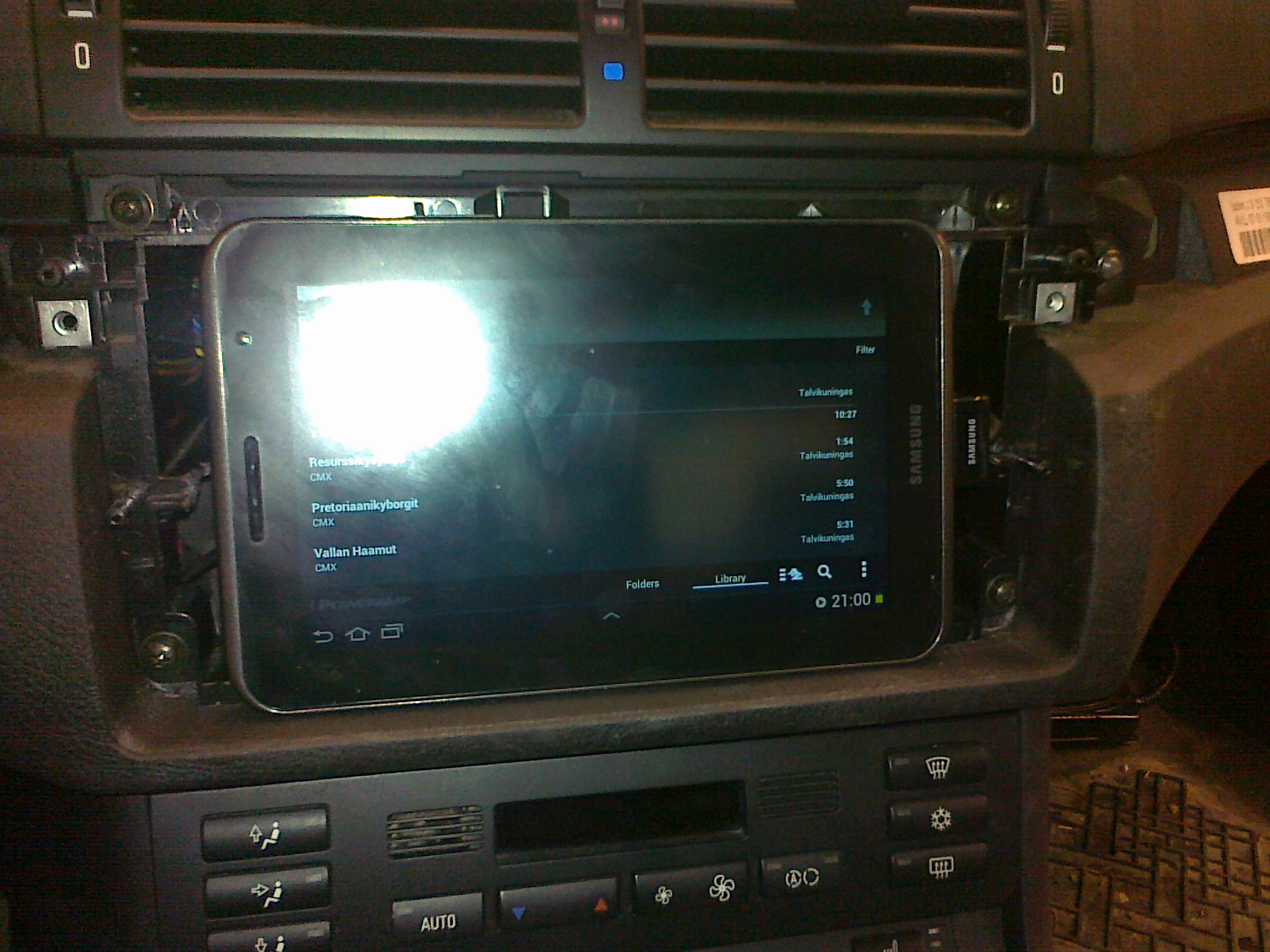 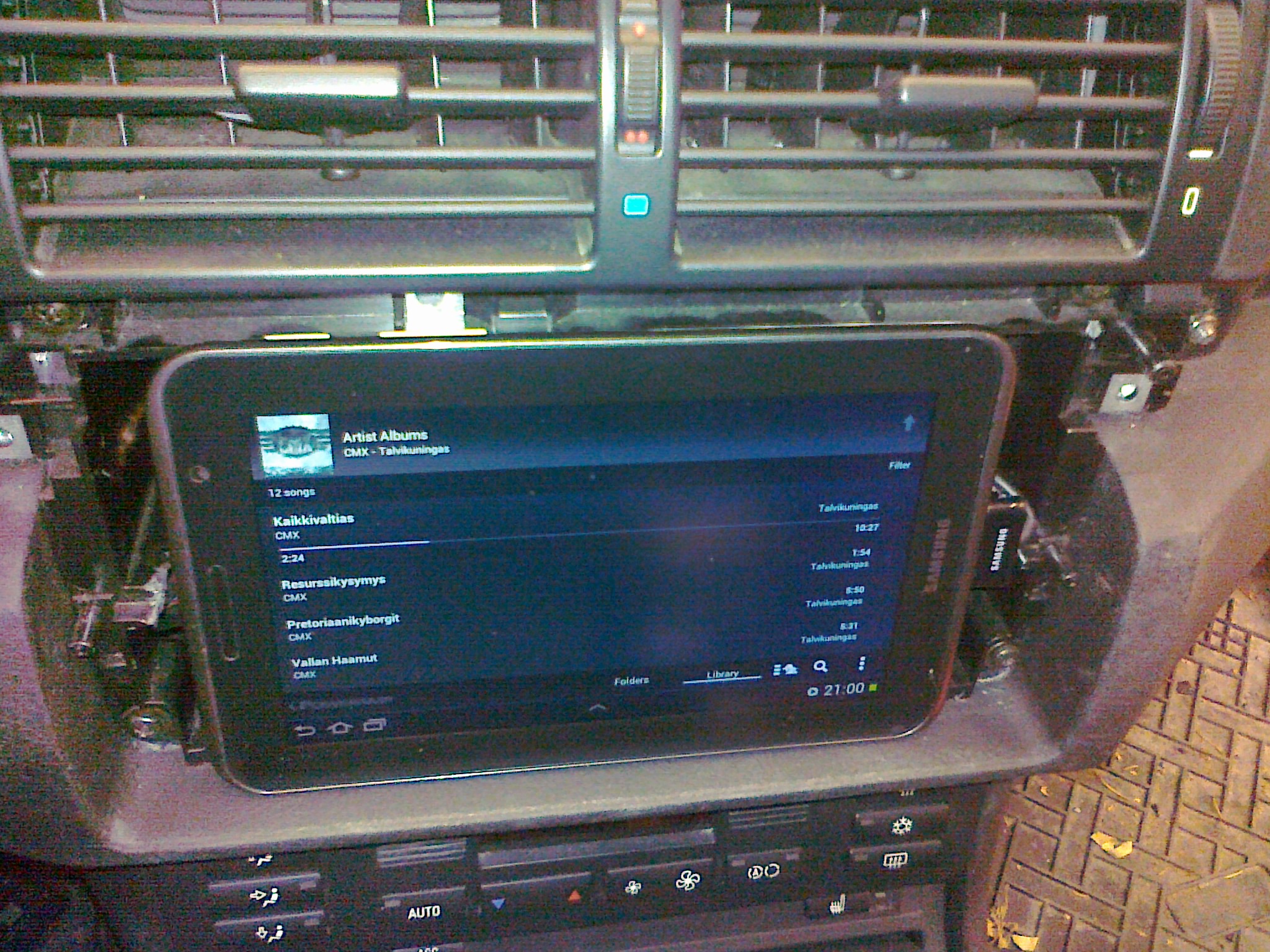 First tests with the screen turned on. 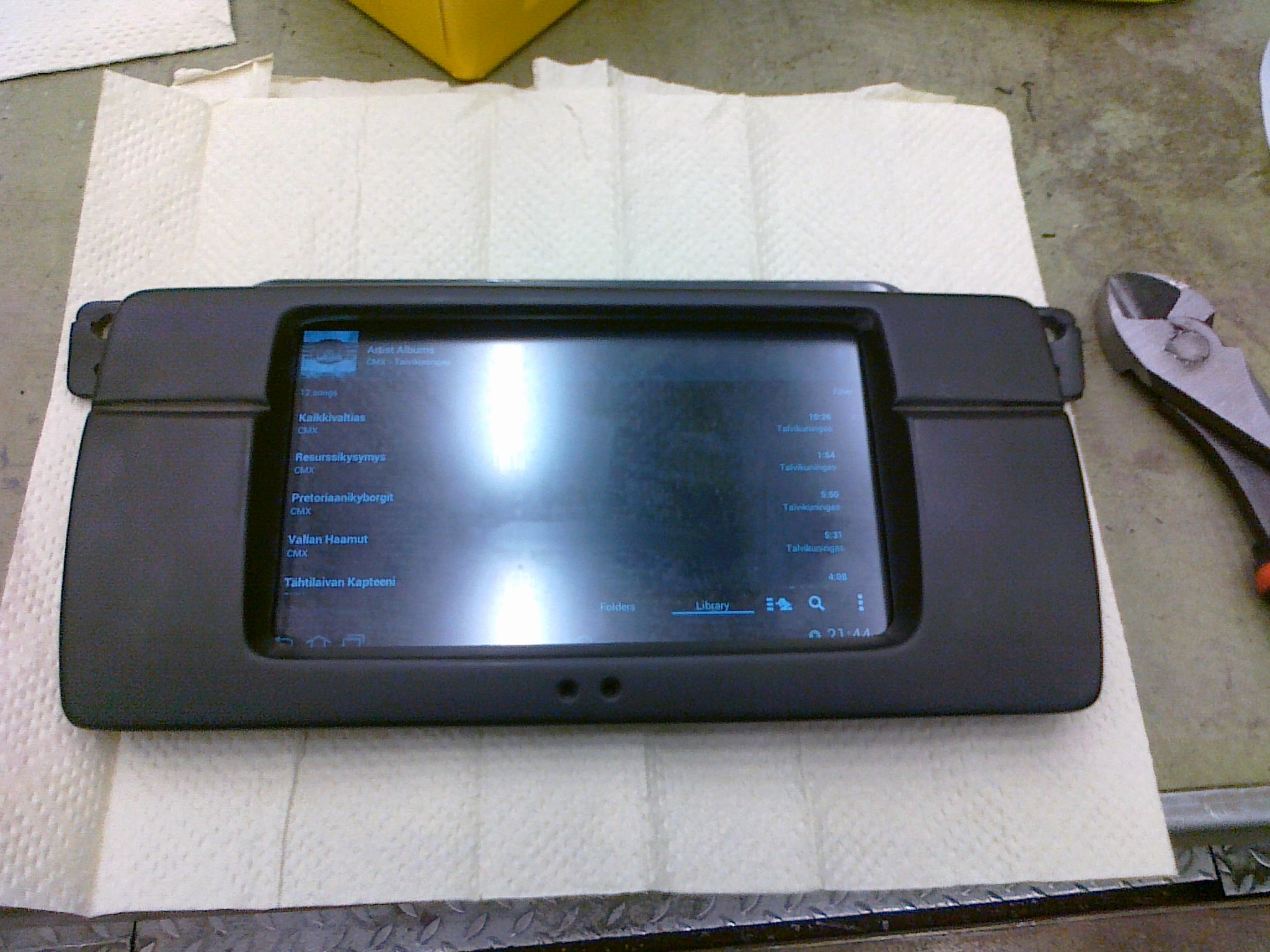 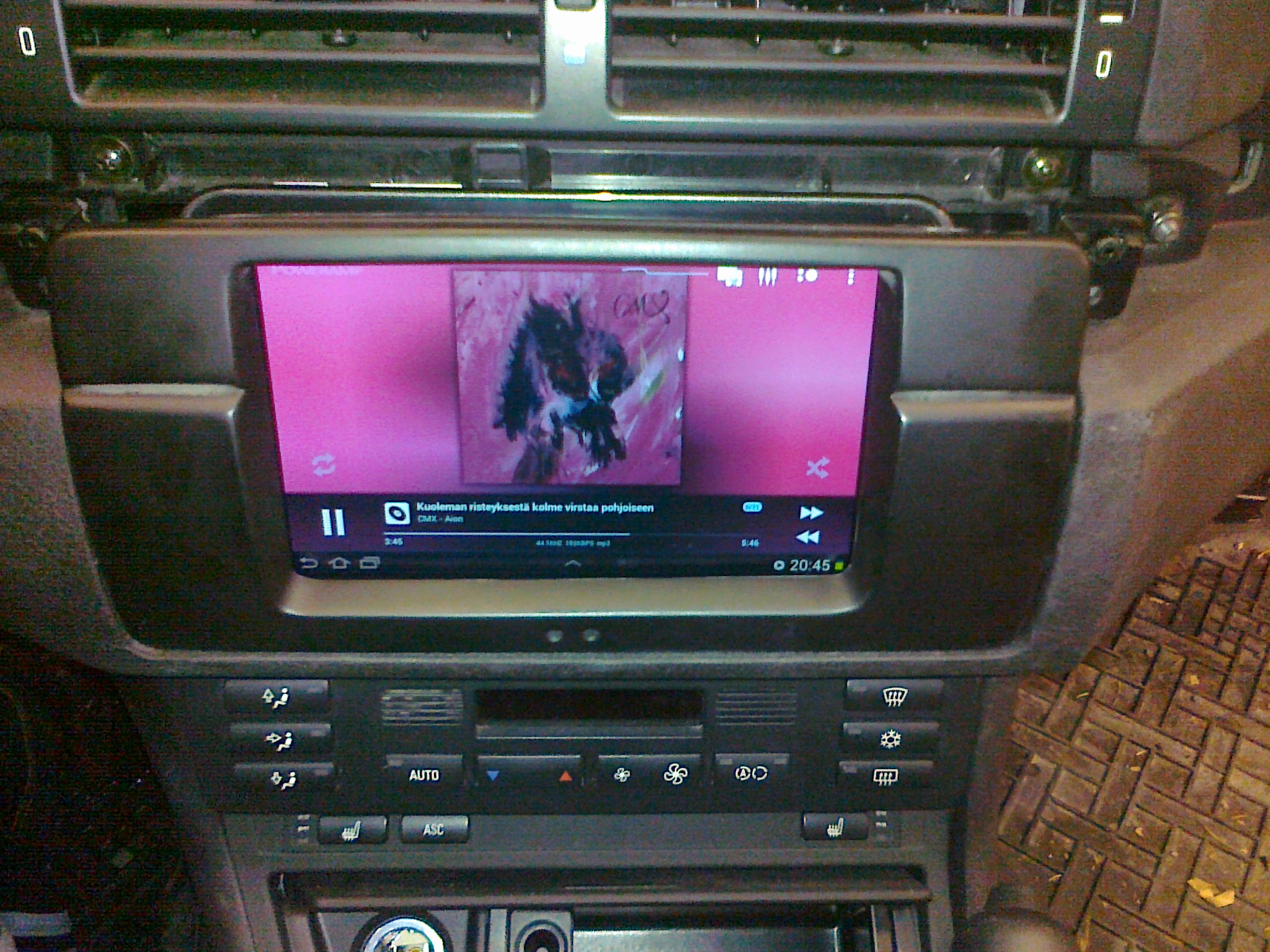 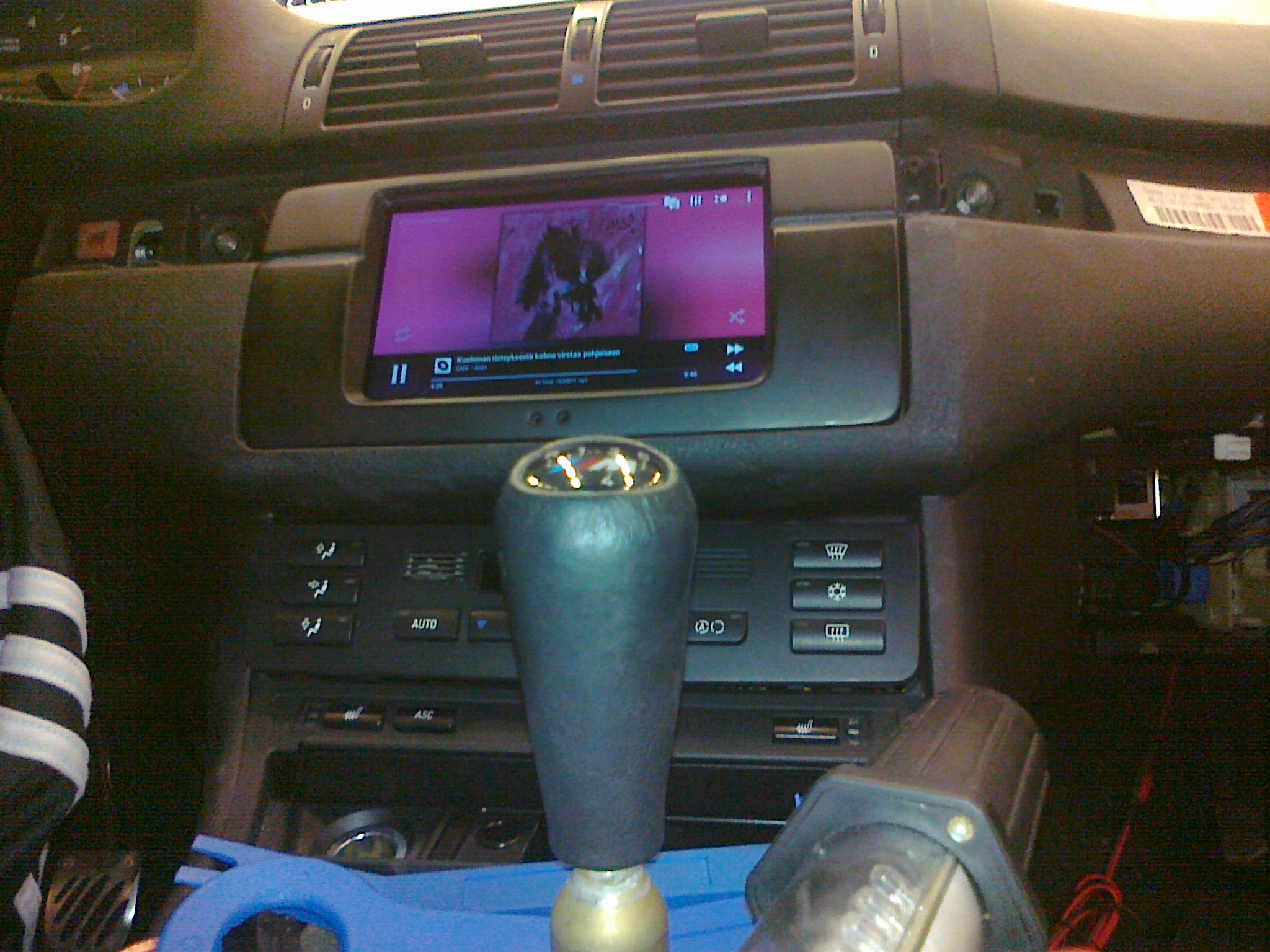