After acquiring a stick welder during the summer I started thinking of projects that I could make to practice welding skills. I've been wanting to get a CNC router for quite a while but was never really satisfied with the low cost end of available kits and machines. As a result I began planning my own frame to build upon from the components commonly available online. The CNC is a moving table design largely inspired by the Openbuilds C-Beam machine. The frame is made of 50x50x2 mm steel square tubing and weighs probably around 15 kg. Linear motion is accomplished using SBR16 rails and SBR16UU bearings. For each axis the plan is to have two rails and four bearings. The maximum working area of the machine was originally 400x400 mm but a realistic area is probably around 350x350 mm. On the electronics side the machine features three Nema 23 (1.26 Nm) stepper motors and at least for starters a grbl based controller. Commonly available driver boards for the grbl don't seem to be capable of reaching the rated amps of the stepper motors so it might be necessary to consider an upgrade to this at some stage.

Build started. Cutting and welding the base frame. Came out a little more distorted than hoped, but luckily enough the linear rail supports seem to be straight. 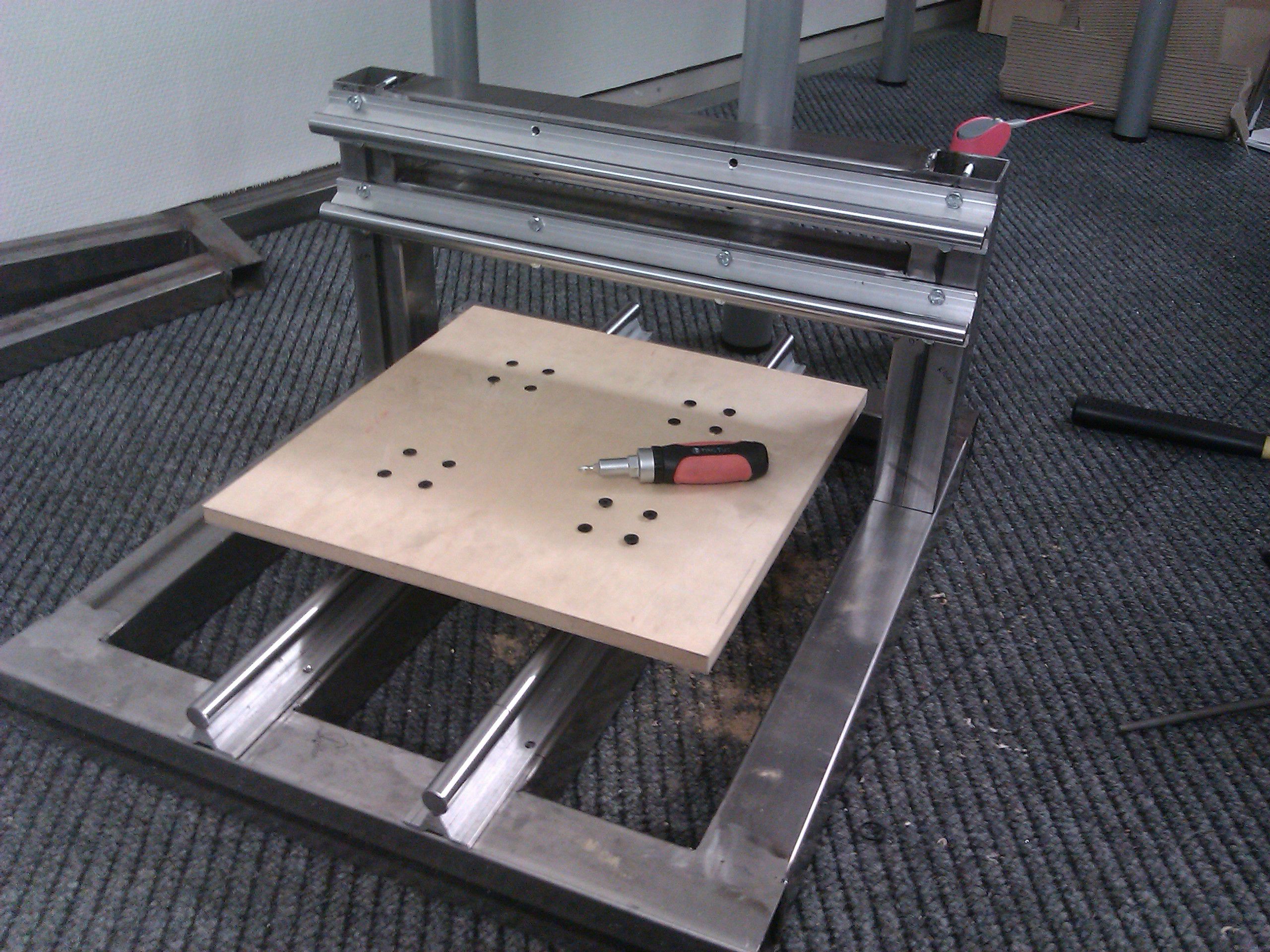 Busy month, not expecting to make much progress.

Have the top welded to the base. Get X-Y aligned. Install steppers and ballscrews.

Finished the Z axis and got the machine working. Pictures to follow. Currently running steppers at 27V/1A and the machine cuts wood and plastics with ease. Can't cut steel due to lack of vibration dampening (surprise surprise).